This afternoon I took the Type A Machines Safety and Basic Usage class at TechShop San Francisco. This means that I am now permitted to reserve and use TechShop’s 3D printers for my projects (I’m scheduled to take the MakerBot SBU soon as well.)

Basic operation is actually much simpler than I’d anticipated. That’s good, because 3D printing is nowhere near as simple as news reports make it sound. It’s fantastic technology, but as with many other processes in which digital information becomes manifest in the real world, the real world has more than a few curve balls to throw.

There are surprising similarities between 3D printer setup and the setup of the laser cutters/etchers I’ve used. Though the final process is very different, the physical devices have a lot in common: the extruder and laser respectively are mounted on gantries above a bed which raises and lowers. Calibration involves carefully measuring the distance between the raised bed and the extruder or laser, and giving the software a “home” reference point so that it knows where to work.

The real complexity is in the model building, and I did exactly zero of this. For the SBU, a pre-built model was used. It was not a chance for exploring the capabilities of the device or the technology, just to make sure that I know enough not to hurt myself or damage the machine in the process.

However, I did take advantage of the opportunity to use the printer after class to remake the class project on my own. I experimented to get a better feel for the correct height of the extruder, the correct temperatures for the projects, and so on. Even with the pre-built project file, I’m afraid my tries resulted in brittle, fragmented parodies of the intended project.

I believe that I switched filament materials when I switched from colored to clear filament. I’d thought that both spools were PLA[1] filament, but I’m almost certain that when I was working on my own that I was using PET.[2] The materials have different characteristics and at a minimum require different temperature ranges. The spool I was working with was not marked, so that’s on me for not doing a better job of investigating.

None of this is frustrating or disappointing (OK, maybe a little disappointing) because I’m making exactly the right kinds of mistakes: I’m seeing what works and what doesn’t, and the only damage I’m doing is to the pieces I’m working on. Increasing understanding without injury or property damage is about the best anyone can hope for during a first unsupervised run with new technology.

I have several projects that have been waiting on being cleared to use the 3D printers. Most are waiting on other pieces to come into place, and now that I have a better grasp of the process I can see more tasks between me and the things I want to do. But if the path ahead is longer, it is also clearer. Today was an important and exciting step toward getting my projects from idea to prototype. 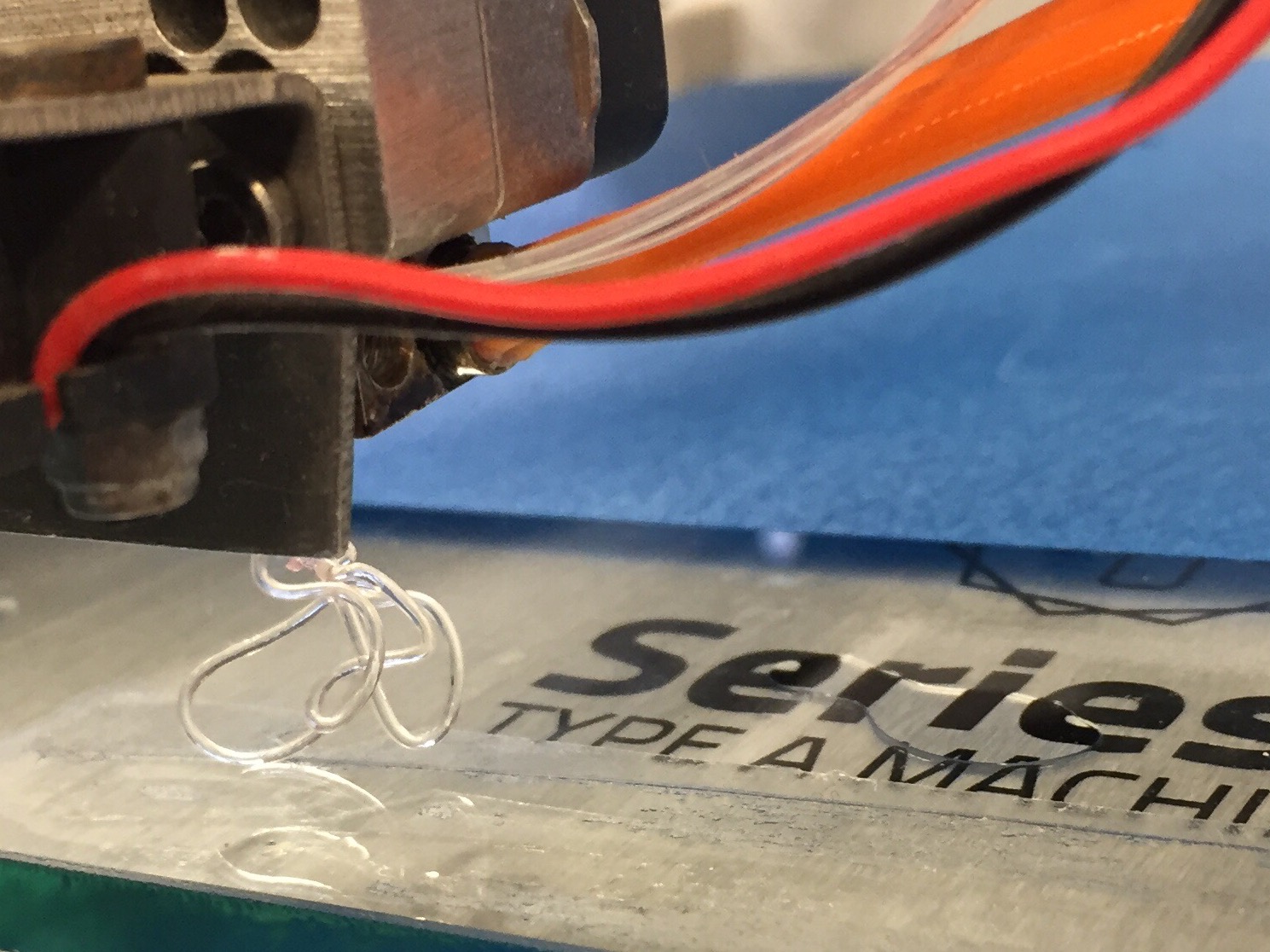